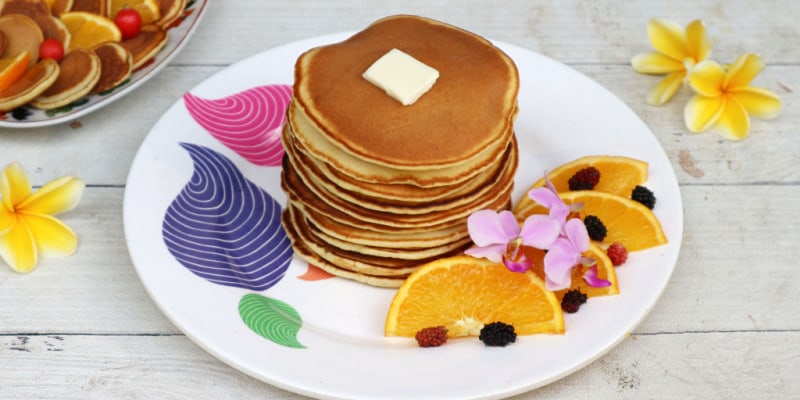 The short answer to ‘are orchids edible? is Yes, orchid blooms are edible. As well as serving as decorations on delicious meals around the world as shown in the image above, they’re also an integral ingredient to the dishes in many cultures. In addition, many orchids are prepared as herbal medicines and are taken for various ailments, but I’ll leave that one up for debate.

The one orchid flavour that you’ve probably heard of is Vanilla. Yes, the vanilla we use primarily in baking comes from orchids from south and central America, but an interesting fact, the best vanilla is from Madagascar.

Species of orchids to try

Dendrobiums and epidendrums are popular species of orchids that make their way into cuisine so these are what you need to look for.

Which parts of the orchid are edible

The flowers of all orchids are considered safe to eat. The petals of the flowers have a crisp and fresh picked taste similar to light leafy vegetables such as watercress and endive. Use them as ingredients in a green salad for a wonderful and bright pop of colour. Some people think that the taste becomes sweet or bitter towards the end. However, the taste depends on what variety of orchid you’re using.

Nutritionally, orchids contain vitamin C and are rich in fibre. They also have iron, calcium and potassium benefits and are excellent antioxidants.

Fruit of the Vanilla orchid

Vanilla beans come from the seed pod of the Vanilla orchid. The bean is long and skinny and you have to open it to use it. Inside are many vanilla seeds that you scrape out and use in your culinary adventures.

Vanilla extract is also available. This is easier to use in cooking as it’s a liquid. You can flavour almost anything with it from cakes and desserts through to coffee, cigars and alcoholic drinks. To make vanilla extract, vanilla beans are chopped and added to alcohol where they sit for a while. This extraction can take a few months.

Vanilla tastes a little different depending on what variety of the vanilla orchid comes from and where it grows. Madagascar vanilla has a strong and full-bodied taste with a hint of spice. Tahitian vanilla in contrast is light with floral, fruity notes.

Other parts of the orchid

There are mixed reports as to whether the other parts of the orchid are fully edible, personally, I avoid them. However, many cultures use the stems and the leaves in medicinal and herbal concoctions rather than culinary dishes. But these medicines are created by herbalists and others well-versed in the use of the plant. We recommend that you stick with the flowers and the vanilla beans.

While orchid blooms are safe to eat, be careful if you have allergies, especially to pollen and to foods. In particular, people with asthma may find that eating orchids causes them distress. Stay alert for unexpected reactions and have antihistamines (or your epi-pen) at the ready when you eat a small amount of orchid for the first time.

You can learn more about growing orchids here.